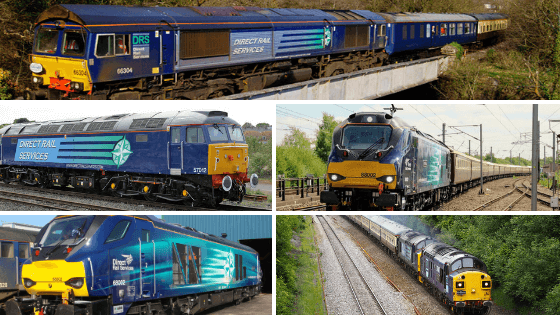 Last February’s ‘Blue Boys Ribble Rouser’ railtour went down a storm with many modern traction enthusiasts and we have received many requests to run another. Well, here it is, courtesy, once again, of Direct Rail Services. Most of the company’s loco classes are featured during the course of the circular itinerary after the core Newport to Birmingham pick-ups, allowing the sound of Caterpillar, English Electric and General Motors engines to be appreciated. We have also included a run out of Blackpool North over the newly electrified route to Preston behind a Class 88 electro-diesel.

A mid-afternoon break is included in Blackburn, a cathedral city built on the fortunes of the 19th century cotton industry and home to a famous football club and the brewers Thwaites.

The confirmed itinerary, provided by Network Rail is:

Class 68: Newport to Chaddesden Yard via the pick up stations.

The on board catering will include a full buffet service with the Gricers Grill and real ales / cider.